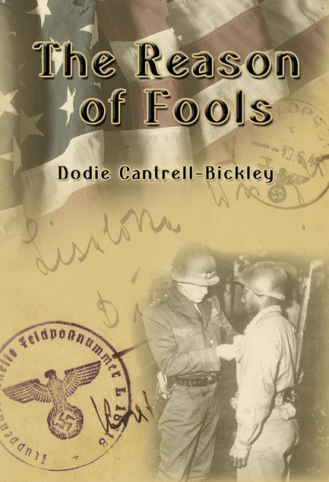 The Reason of Fools

Based on a true story, The Reason of Fools weaves the parallel and mesmerizing tales of a young man and woman on opposite sides of the Atlantic, each embroiled in a fight against enemies from within and without their respective countries. Lilo, the willful daughter of a damaged German World War I veteran, joins her father in his second war–against Hitler. Bud, the stubborn son of a devout southern preacher, battles the Nazis as one of a handful of white officers leading an all-black tank battalion. As his men give their lives for the “Double V”–victory over the Germans in Europe and victory over racism at home, Bud struggles to keep the faith of his father. Against the backdrop of one of the world’s deadliest conflicts, Dodie Cantrell Bickley takes readers on a moving journey through some of the greatest horrors of the last century to discover the potential for love, hope, and healing that exists in each of us.
Order Now